A number of team members have been in North Wales for an action packed weekend of training . Shortly after arriving on the Friday evening, team members, many of who are new trainees, were quickly faced with a search and rescue exercise in a steep gorge. The scenario involved a precarious rescue of a casualty who was located on the water’s edge, in a steep gorge, with a severe leg injury.  Practicing their casualty care skills, stretcher lifting and rope works skills, saw the team hauling the casualty on a stretcher up a steep wooded embankment through to the open ground at the top. Keeping with tradition, a few drinks were had after the training exercise.
On Saturday, team members were up early for another exercise that took place near to the summit of Arenig Fawr. This exercise was very kindly organised by our colleagues at South Snowdonia Search and Rescue Team. A brilliantly put together scenario involving an injured paraglider enabled both teams to work closely together, and ensured the casualty was safely transported to the road head.
The exercise also saw trainee search dog Geoffrey make a successful find, after one of his longest ever search patterns. This is a magnificent achievement where both the search dog and handler need to keep their focus and concentration for extended operational periods, well done Geoffrey and handler Andy.
Sunday was a little more relaxed and saw the group break up into smaller teams, to improve and push their own personal technical skills. One team took on the infamous Croesor-Rhosydd Slate Mine trip, while others went for a spot of climbing, walking and further search dog training.
Deputy Leader Rob Stordy said “Training in terrain we don’t normally operate in, with teams we don’t normally get the opportunity to work along side proved a great opportunity to test existing techniques and develop new ones!
We would like to say a huge thank you to South Snowdonia Search and Rescue Team for organising a brilliant  exercise and to Rhos Y Gwaliau Outdoor Education Centre for the great accommodation, access to the gorge and use of some of their equipment on Sunday!” 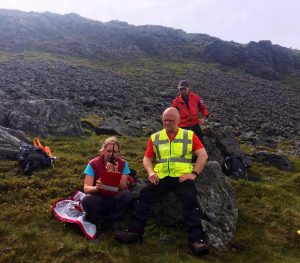 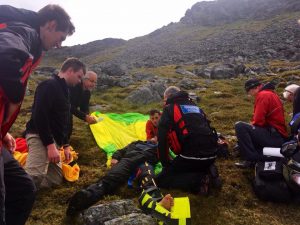 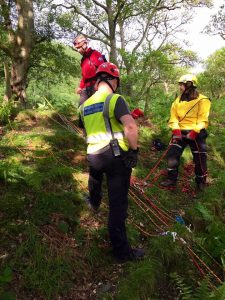 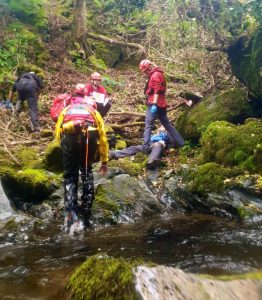 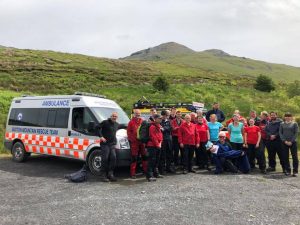 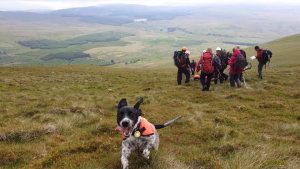