The casualty was treated on site before being placed in a casualty bag and vacuum mattress, before being placed on a mountain rescue stretcher. The stretcher was then sledged down the grassy slope, using a back rope to control the descent and then carried the final few hundred yards to the Derbyshire, Leicestershire & Rutland Air Ambulance for onward transport to hospital. 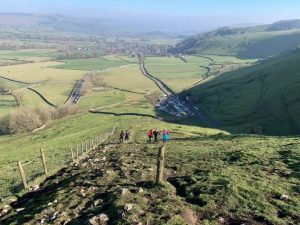 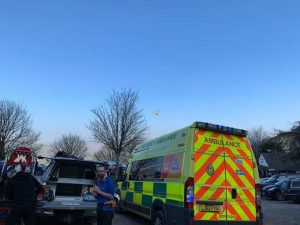